Reform Radio - Broadcasting the best of Manchester to the world.

It would be easy to sit here and rattle off Reform Radio’s many accolades, but to do so would almost feel a bit redundant, given just how much incredible work goes into every facet of their output, far beyond what you hear broadcast across the airwaves.

It would be easy to sit here and rattle off Reform Radio’s many accolades, but to do so would almost feel a bit redundant, given just how much incredible work goes into every facet of their output, far beyond what you hear broadcast across the airwaves.

Reform is so much more than merely a radio station. They are an arts organisation, they are a creative hub, bursting at the seams with raw, hungry, young talent, whether they’re DJs or local creatives. Reform is a community and a family and they have become a vital exporter of Mancunian culture to the wider world.

There are so many reasons as to why MixCloud once recognised Reform as one of the top five radio stations in Europe at their Online Radio Awards or why they received the 2021 People’s Choice gong at the Manchester Culture Awards that we honestly don’t think we have enough words to do them all justice. Their dedication to showcasing Mancunian talent, whom they have also spent countless hours educating, developing and nurturing is jaw droppingly impressive.

In 20/21 alone, even during a global pandemic, Reform delivered over 900 creative sessions and hundreds of pastoral sessions to 312 young adults. And if further proof were required of how well these young creatives respond to Reform’s training and help, 80% of them progressed into employment, education or volunteering. A whopping £217,113.39 was injected into the creative economy by Reform alone last year through the 445 freelance opportunities they created. Yeah, alright, that is a lot of numbers to throw at you all at once, but now hopefully you’re appreciating the scale of Reform’s efforts and how brilliantly they are benefit the creative youth of their region. 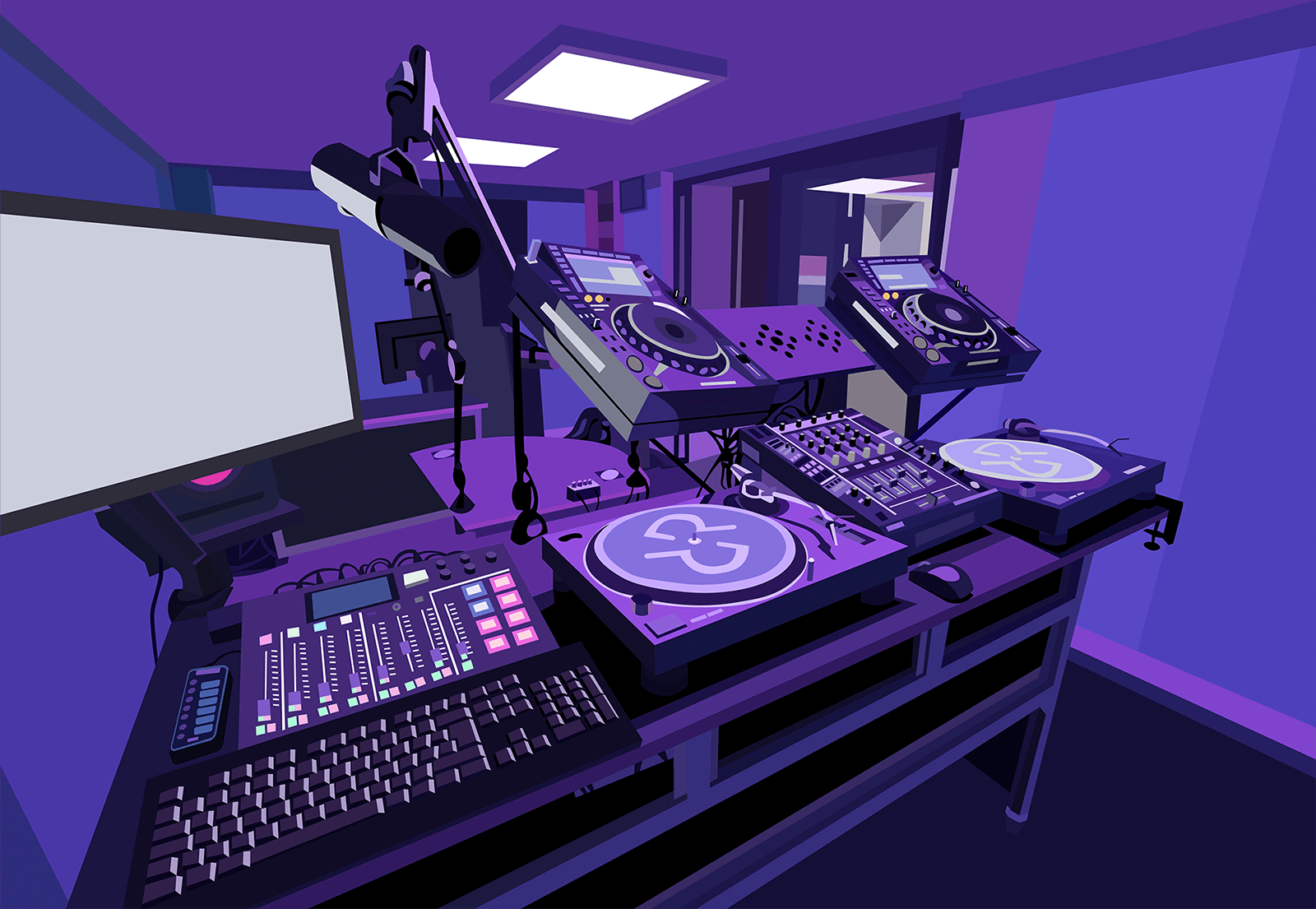 It’s been almost 10 years now, since friends Jemma, Rachel and Sam founded Reform off the back of a self funded pilot in which five young people were tasked with creating a ‘world class radio show’ in just one week. They then realised it would probably be advantageous to have an actual station to play it on (otherwise it’s just like you’ve recorded a podcast for you and your mates, isn’t it?).

It’s safe to say the trio have come a long way since they began broadcasting from the basement of their shared house in May 2014. Especially since they no longer have to turn off their washing machine during broadcasts (or even have a washing machine anywhere near the studio) and don’t have to entice DJs to play on their airwaves by cooking them homemade meals (although this would still be a very funny bonus to offer people to play, tbh).

A longstanding working relationship with Allied London was established a little over a year later - a partnership which saw Reform move into a piece of Mancunian history, when they relocated to Coronation Street’s old dubbing suite in the heart of Old Granada Studios. While it was admittedly a shame they weren’t broadcasting direct from the Rovers Return and having Steve McDonald running the Friday night slots, it was still a pretty major move for the burgeoning station.

Fast forward to 2019 and one of those aforementioned awards, namely best Business Partnership at the Manchester Culture Awards, was being collected by Reform and Allied. Said gong was awarded due to the pair’s work in building an accessible and culturally democratic space at the heart of the city. The space, within a Grade 1 listed warehouse (the oldest in Manchester, no less, which covers A LOT of ground) has rapidly become home for all manner of the country’s most prodigious DJs and musicians, who have been able to hone their crafts through the various workshops that are regularly laid on for them.

Workshops such as ‘DJ Sessions’ offer a two week course where those among us who fancy a life behind the ones and twos are immersed in advanced digital and vinyl DJ techniques, get to work on their bios and artist assets as well as getting the chance to network and take part in various industry talks, hosted by local legends. Oh, and Reform even cover all lunch and travel expenses during that period.

Partnerships with everyone from BBC Radio to Forever Manchester to Gaydio and Manchester International Festival, the European Social Fund and beyond are all even more evidence of Reform’s staggering success. And that’s before we’ve even got onto talking about Herchester.

The station’s flagship, all-female and non-binary MC project is an 8 week long MCing and lyrical writing series of workshops for women, non-binary people, transgender women and those that identify as women. 2021’s project took place in four major cities across the North: Manchester, Blackpool, Morecambe and Sheffield. 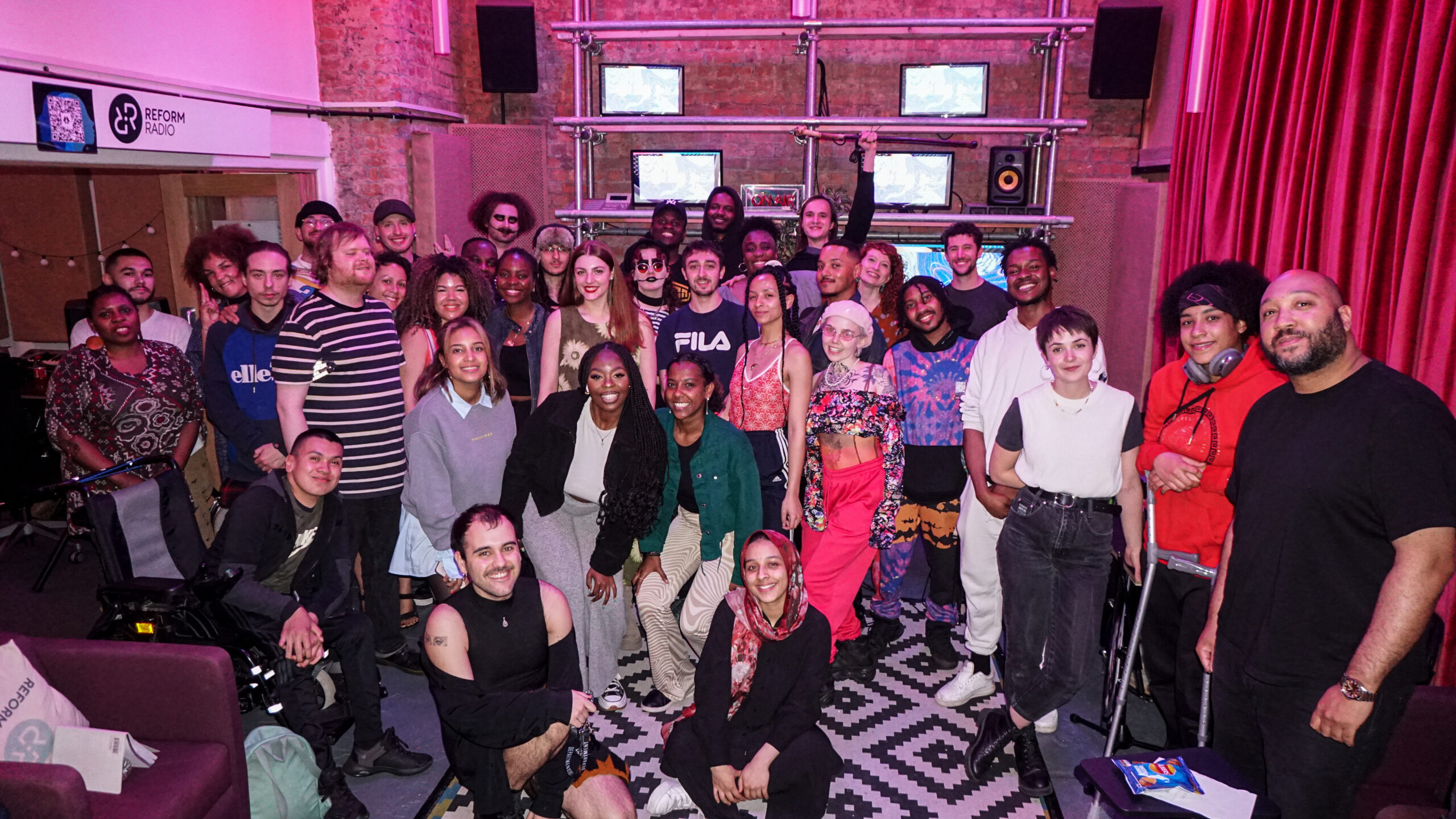 Led by Mancunian rapper OneDa, who helped the group craft their own rhymes and verses, all involved learnt how to deliver and perform their compositions, eventually being filmed by Reform. Needless to say, the energy, artistry and support brought by every single participant was incredible with one artist, Prinny Moni, having her track signed to Red Bull recently, further exemplifying what both Herchester and Reform in general are about - females pushing and elevating other females in the industry.

Oh, and as if all that wasn’t enough, Reform recently became a National Portfolio Organisation (NPO) for Arts Council England, meaning they will receive central government funding for the next three years. Speaking of the distinction, Reform’s Jemma Tanswell said:

“Reform will turn 10 next year and we are looking forward to celebrating all of what Reform has been able to do, due to the support and solid graft of everyone involved. Becoming an NPO will help us look to the future and continue to be a responsive organisation that puts community, creativity and collaboration at the heart of everything we do. Here’s to the next 10.”

Those next 10 years of Reform are a decade GigPig cannot wait to experience either, as we are proud to be partnering with them to deliver our mutual goal of supporting artists and the live entertainment industry.

The ‘we are family’ cliché has been trampled into the ground by all manner of ill intentioned, gaslighting corporations over the years, but nowhere is it actually truer than Reform, who are fostering a family of mind-blowing talents that are going to occupy the UK clubs and charts for decades to come. Long may they continue…

Want to find out more about what GigPig does for the music industry?